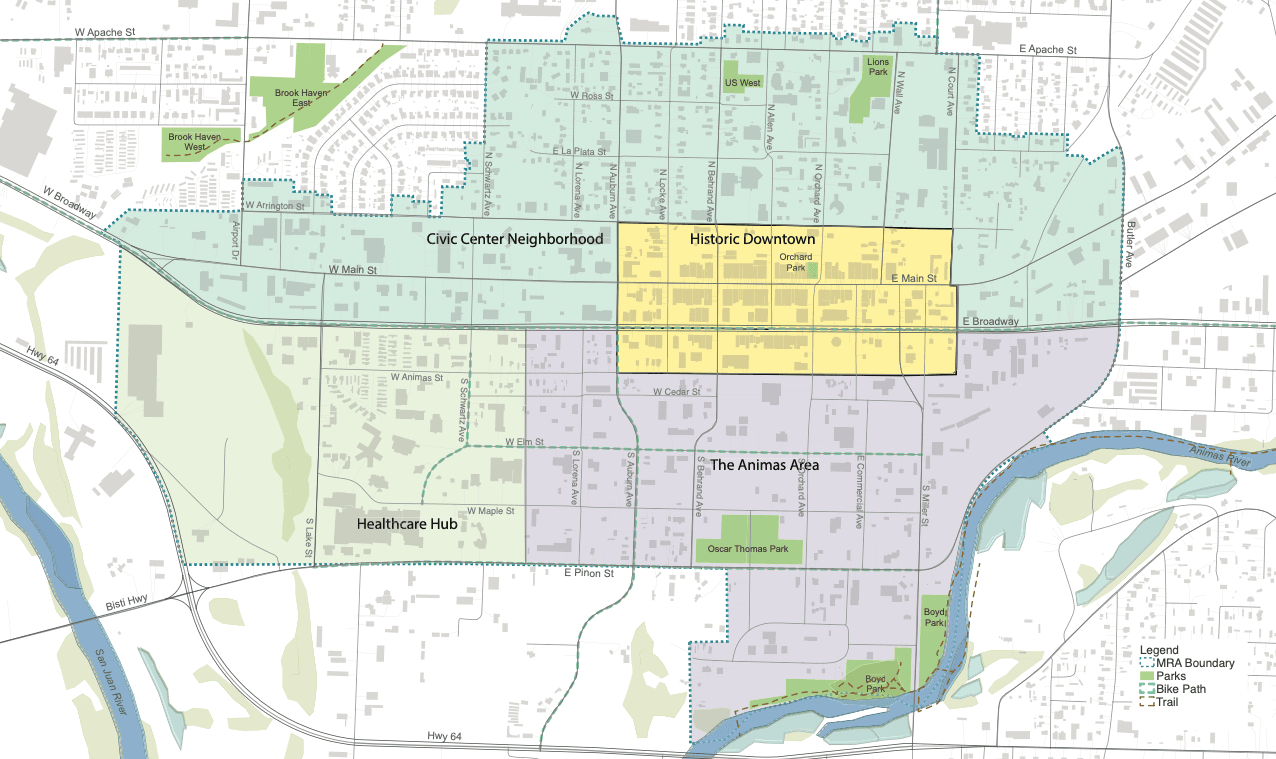 New Mexico State Statute empowers municipalities to establish “Metropolitan Redevelopment Areas” in downtown areas suffering from blight, physical and economic deterioration, and/ or facility underutilization. The statute grants municipal bodies the ability to implement certain activities within these areas that can stimulate economic development, including:

Planning for downtown redevelopment in Farmington began with the Farmington Comprehensive Plan of 2002, which included policies supporting the designation of a Metropolitan Redevelopment Area in downtown Farmington.

To view the full 2019 Updated MRA Plan and learn more about the vision, goals, and growth opportunities in the area, you can Click Here to download it.

Several catalytic projects have already been completed in these areas, including, but not limited to:

Many of these projects were assisted through the "MRA Incentive Program", which allows the City to form public/private partnerships to catalyze growth, jobs, and investment in the MRA. For more details and to apply for these incentive programs, Click Here. Applications can be submitted electronically to wunsicker@fmtn.org.
About
Farmington
Outdoor Pledge
Jobs
Bill Pay
Business
Registration
Council Meetings
Bids & Contracts
[]