The Farmington Fire Department established a Hazardous Material (haz-mat) Team in September 1987. It currently consists of 21 Haz-Mat Technician level trained firefighters. This is the only haz-mat team in North-West New Mexico and we respond as a Regional Response Team to major haz-mat incidents within San Juan County and adjacent areas.

The following equipment for the team can be found at Farmington Fire Station 4, 790 S Hutton Road; 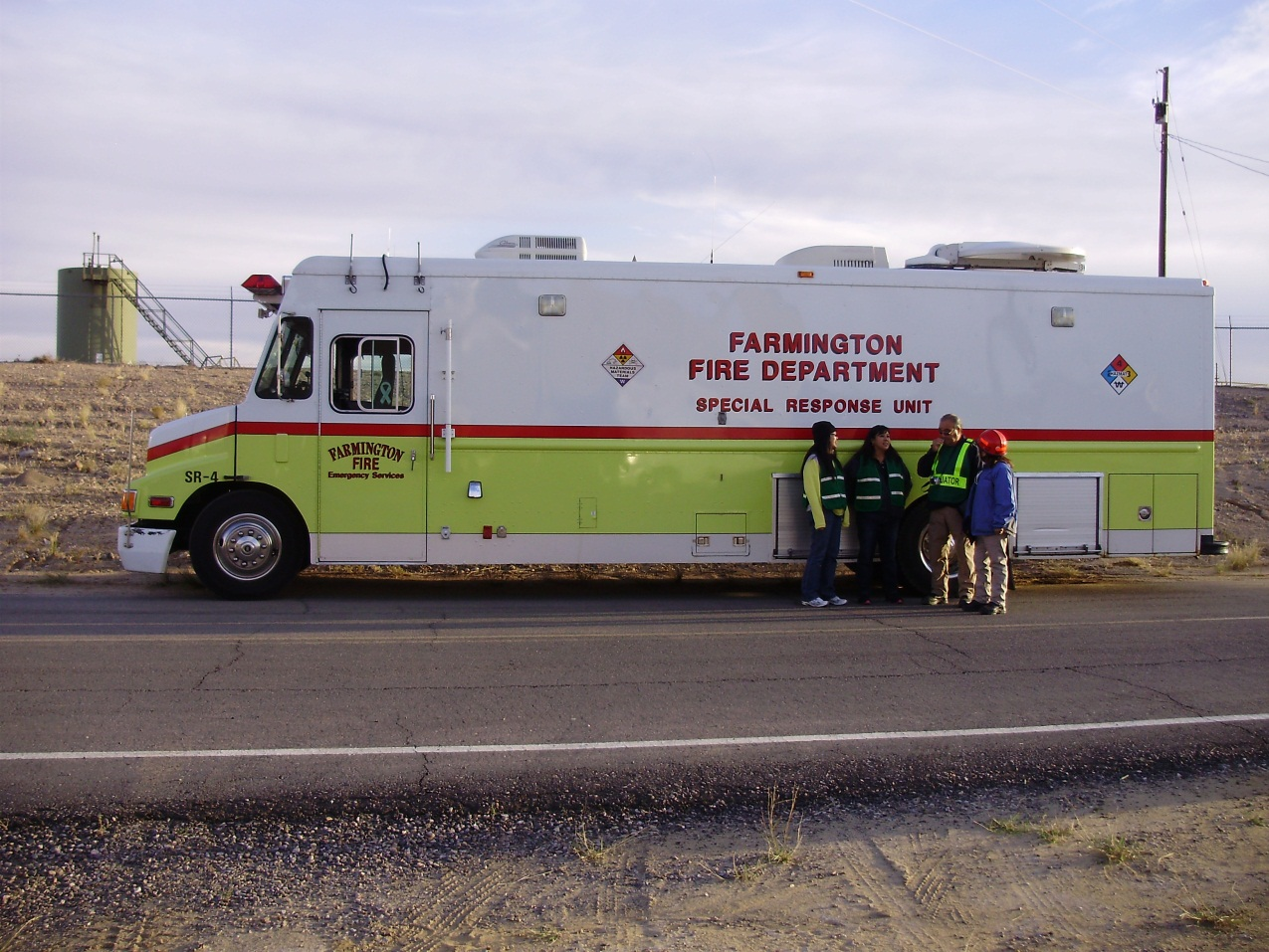 Due to lack of space at station 4 the following haz-mat equipment is stored at station 6;
Farmington Fire’s Hazardous Materials team is a very progressive team; many of our members have attended special haz-mat training, such as radiation response training at the “Nuclear Test Center” in Nevada, and chemical warfare agent response training in Anniston, Alabama. To keep up with the latest developments in haz-mat response, members have attended haz-mat conferences in Houston, Texas and Baltimore, Maryland. The team has competed many years in the Los Alamos Haz-Mat Challenge, where they placed first several years.
Volunteer
Employment
Bill Pay
Report a Concern
Notify Me®