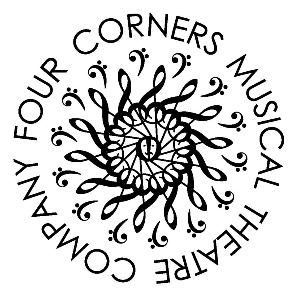 Four Corners Musical Theatre Company is a newly founded musical theatre company bringing together local and national talent to create amazing theatre in the Four Corners. Managed by the City of Farmington's Civic Center this company is producing five-show throughout 2019 and 2020 along with giving local talent the opportunity to supplement other booked performers in co-star, ensemble, and technical roles.

Auditions have passed, but there are still opportunities to be involved! Contact us for more info.

Local actors and singers are invited to audition for support roles for three upcoming professional/touring shows. Please indicate which role(s) you wish to audition for when scheduling your appointment. These are all great opportunities to work with and learn from nationally recognized performers! 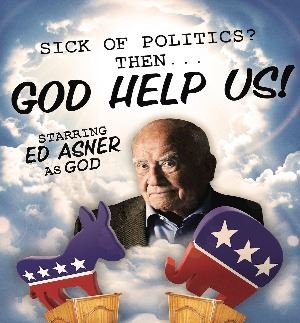 The male and female roles of a husband and wife with differing political views need to be cast to play alongside Ed Asner in his political comedy GOD HELP US! coming to the Farmington Civic Center on January 4, 2020. The rehearsal schedule will be discussed upon hire, and the last three days of rehearsal will be with Mr. Asner’s director.

These are paid roles for adult comedy actors. Those wishing to audition should prepare a short comic monologue.

About Ed Asner and GOD HELP US!
Ed Asner (Actor/Star): Versatile, committed, eloquent and talented are all adjectives that describe actor/activist and 8-Time Emmy Award-winning actor ED ASNER. He starred as Carl Fredricksen in Pixar’s 2009 box-office- hit Oscar winning Best Picture UP! and as Santa in the Will Ferrell hit, ELF. Mr. Asner is best known for his comedic and dramatic talent as the gruff but soft-hearted journalist Lou Grant, the role he originated on the landmark TV newsroom comedy, The Mary Tyler Moore Show, and continued in the newspaper-biz drama Lou Grant, which earned him five Emmys and three Golden Globe Awards.

GOD HELP US! is a play ripped from today’s headlines, an evening’s entertainment that is at once hilarious, unifying and thought provoking. Given the current state of our politics – GOD HELP US! speaks to audiences of all political persuasions with one essential argument, that we must listen to each other so that we can all live – and laugh – together.

Women and girls of all ages are invited to audition as part of the unpaid choir to accompany Broadway stars Anne Runolfsson and her daughter Tess Adams as they sing songs empowering women in Heroine’s Song at the Farmington Civic Center on January 18, 2020. The rehearsal schedule will be determined once the choir is cast and the last few rehearsals will be with Anne herself.

Those wishing to audition should prepare a song to sing and sheet music for the piano accompanist.

She played the role of Carlotta in Phantom of the Opera for seven years on Broadway, was the only talent to go on for Julie Andrews in Victor/Victoria and she is a professionally highly regarded voice instructor.  “Anne Runolfsson's teaching style is as beneficial for professionals as it is for amateurs. Her instruction adds range to one's abilities and at the same time adds immeasurable confidence! And, in Anne Runolfsson the student inherits the very best teacher.” -Marvin Hamlischc 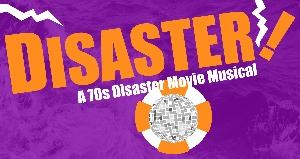 A young boy and several ensemble members are needed to play alongside the professional lead actors in Disaster! at the Farmington Civic Center February 19 through February 23, 2020. These unpaid rolls are an amazing opportunity for rising stars to learn from the visiting actors and be a part of a professional production.

The young boy will need to be able to play both the male and female twin in the show and needs “an amazing pop voice that can belt a high D.”

Ensemble members should be males 20 to 40 and women 20 to 35, able to play various glamorous party guests/character roles with great comedic chops and good dance and singing ability.

Those wishing to audition should prepare a song to sing and sheet music for the piano accompanist.

About DISASTER!
Disaster! is a new musical straight from Broadway, featuring some of the most unforgettable songs of the '70s. "Knock on Wood," "Hooked on a Feeling," "Sky High," "I Am Woman" and "Hot Stuff" are just a few of the scintillating hits in this hilarious musical comedy with a book by three-time Emmy Award nominee and SiriusXM Broadway host, Seth Rudetsky, and Jack Plotnick. Audiences and critics are wild for this hilarious homage to the era of bell-bottoms, platform shoes and the hustle. With larger-than-life characters, snappy dialogue and some of the most recognizable songs of the '70s, Disaster! will have your patrons dancing in their seats and rolling in the aisles.